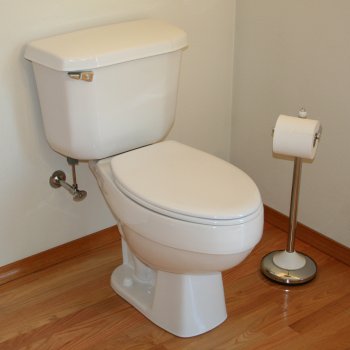 Top 5 things that will never change in 50 years

Here is my top five list of things that will remain basically the same for another 50 years or more.

As we all know A toilet, the commode, the john or the loo, is a plumbing fixture and disposal system primarily intended for the disposal of the bodily wastes: urine and fecal matter.  Flush toilets have been prefered choice since the 26th century BC and is found in practically all modern dwellings. The principle is simple, human waste is deposited in a ceramic/porcelain/metal bowl containing water and is siphoned away when the toilet is ‘flushed’. There are variations to the toilet bowl depending on water accessabilty, location and practicality. For example: But none of these designs will replace the flush toilet anytime soon as the main means to dispose of human bio-waste. By virtue of talking abou the toilet we must add the toilet paper. Basically a soft paper product used to maintain, uuuummm personal hygiene. This mainstay hasnt been modified for many years since its commercial invention mainly because it is easy and intuitive to use, fairly absorbent, and it can be flushed in most countries where toilet paper is common. Fuck is an iconic English word. In its canonical transitive verb form, it simply refers to the act of sexual intercourse. By extension it may be used to profanely or negatively characterize anything that can be dismissed, disdained, defiled, or destroyed, and it is due to the convergence of these two weighty concepts (sex and destruction) that the term can carry such overloaded emphasis, although it is frequently used as a mere intensifier.

It is perhaps unique in its linguistic versatility, in that it can be used as a noun, verb, adjective, adverb, pronoun, or interjection, and can logically be used as virtually any word in a sentence (e.g. “Fuck the fucking fuckers”). It hence has various metaphorical meanings:

In this world nothing is certain but death and taxes. To me there is nothing man made that has more continuity than taxes. Govornments come and go, economies rise and fall but taxes will forever be present.

The main purpose is revenue: taxes raise money to spend on roads, schools and hospitals, and on more indirect government functions like market regulation or legal systems. This is the most widely known function.

A second is redistribution. Normally, this means transferring wealth from the richer sections of society to poorer sections.

A third purpose of taxation is repricing. Taxes are levied to address externalities: tobacco is taxed, for example, to discourage smoking.

A fourth, consequential effect of taxation in its historical setting has been representation. The American revolutionary slogan “no taxation without representation” implied this: rulers tax citizens, and citizens demand accountability from their rulers as the other part of this bargain. Several studies have shown that direct taxation (such as income taxes) generates the greatest degree of accountability and better governance, while indirect taxation tends to have smaller effects.

We all wish for world peace, but thats one wish that will not come true anytime soon.  Many theorists speculate that as the world gets smaller (globalization) the incidence of war decreases but will never get to zero.

Wars happen when a group of people or an organization perceives the benefits that can be obtained to be greater than the cost. This can happen for a variety of reasons:

From the time of Cain and Abel to the Bush adminsitration war and conflict has been sporadically present and there is no foreseeable end to them unless we ourselves change our very nature. And i dont think this will happen in the next 50 years.

A friend of mine shared the term windows rust with me. And in essence it means that any Microsoft OS will eventually begin to degrade without any outside influence. I dont know if this is true but i for one believe it.  From windows 95 to Microsoft Vista the incidence of the OS crashing has not decreased (as expected due to better technology and understanding of the way computer systems operate). Instead, when you buy one of Microsoft’s resonably priced OS, you can expect that in a couple months and no matter how many patches you install, virus scans you run, registry cleaning you accomplish and minimal usage of the system, the OS will begin to slow down like its begining to ‘rust’. Its like a steel gate, no matter how much paint you coat it with, eventually youll begin to see brown specks appearing everywhere. Im not saying this is innate only to Windows alone, but it has a much greater incidence than with ay other OS. Lets just hope that one day instead of patching and upgrading, they will do a complete overhall of their system architechture and leave the WD-40 in the cupboard.

Next ArticleHow to make a Stumbleupon button in Google Chrome