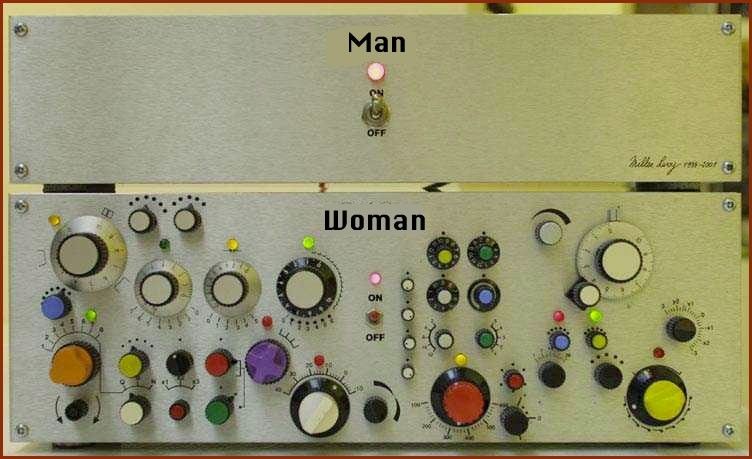 The problem with women

“It doesn’t matter ladies what your perfect man is like. If he was right in front of you, you wouldn’t notice him because you’re looking for all the wrong things in all the wrong places”

Here are a few problems i have with women to say that they are the only ones.

5. Past arguments don’t need to be brought back up way into the future, we still remember no need to reiterate, reminisce or bring back up. We got it the first time…if a guy ignores you during an argument this is one of the reasons.

6. Stop trying to change us. As i keep saying if you meet a guy and it something missing, trust me its gonna stay missing so its best to just move on….trying to change guys never works that just bring pain and misery. Just try and find the ‘best fit’ and work with that.

7. Guys first and foremost just want sex…no matter how deep and how savvy a guy is first and foremost sex… its not that we treat you as slabs of meat its just facts…so don’t treat guys more complicated that how they are…we are not complicated..not to say we aren’t complex. how is this a problem with women…simple, don’t over analyze a situation with us. 8. Please don’t act as if you don’t want sex too…it may not be the first thing you want…but don’t put it on a pedestal.

9. Men don’t talk much (full stop) don’t think we are only doing it to you as an individual we just don’t talk as much as you want us to…its innate so don’t argue about it, there are some thing you just wont change…just live with it as best you can.

11. Don’t assume so much, give us the benefit of the doubt…as the old saying goes “the truth must come to light.”

12. Stop creating an argument when one is not needed. An all night argument over which girl we were staring on for too long…come ooon.
13. Silent treatment dont work…we love it!

14. Stop think about what others think…you waste precious time doing that… do what u feel like doing…don’t make us have to spend however long trying to convince you and in the end u still do it no matter how much you arguing against it. jeez thats annoying (not talking about sex)