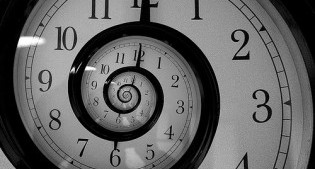 According to some scientists, worm holes and black holes present in  space could hold an answer to all these questions. This is because in these anomalies, matter and time behave differently and in ways that make time travel seem plausible. But there are fundamental physical and scientific barriers that must be broken in order to test any time travel hypothesis. On the other hand, some of these scientists believe time travel is not possible, believing its just a work of fiction, from the imaginative minds of Hollywood writers.

Some have the theory of multi-dimensions, where there are alternate realities exiting parallel to our own, each being created by some hypothetical time altering event. So there may be a world where Michael Jackson was still black. Confusing isn’t it? Well it’s nothing compared to the mess we can create if we ever did have the opportunity to travel through time.

You will know what I am talking about if you watch time travel movies, for example Back to the Future. You may want to change something different or correct a mistake you made by going into the past. But instead, you could end up changing everything by making one minor seemingly insignificant decision. This is called the Grandfather Paradox. So time traveling is as much dangerous as it is confusing. Let me put it this way, if you were to prevent one person from doing what they were suppose to do, you could end up destroying an entire generation, a town, a city or even a country! Shocking isn’t it?

Every one of us knows our past, and maybe we want to change it. But many of us are rather excited to know the future and what it holds. But is it worth it? I mean even if we know the future, the events are more likely to happen anyways, we may try to course correct but destiny has a way of finding us. We can’t stop them, or can we? Well if you have ever experienced deja vu you will get a first hand experience of what it will feel like to time travel. Mostly you will feel that you have experienced it before and you can predict what will happen, because you have lived it. But can you change it? We all get deja vu’s once in a while, so do we have the answer to time traveling within ourselves?

All I can say is that there are experiments conducted by many scientific communities and governments and if they succeed we might have a very chaotic future ahead of us!

What would you do if you could time travel?

Interested in those Hollywood movies about time travel. Here are a few to get you started:

Next ArticleJapan, Land I love