Ten months after my first invitation request, SocialScope finally graced me with an invite. I wont lie, I totally forgot what the hell it was and had to do a quick Google search to make sure this thing was ligit. After installing I was pleasantly surprised by the plethora of features that was packed into such a neat little App. But let me not get ahead of myself, what is SociaScope? Well its basically a Mobile inbox for your social networks adding all the best features of twitter, facebook, flickr and foursquare into one handy and useful App. Kinda like a mobile version of the desktop clients seesmic and tweetdeck.

Like Twitter lists, SocialScope allows you to group your favorite friends on twitter and creates a tab for easy access. Now you can view their timeline without having to sift through alot of the garbage you encounter from other people that you’re following.

When browsing the web you can that link between twitter and facebook by sending it to socialscope. The link is shortened using bit.ly and you are given the option of sending to any or all of your available social networks

Ive always had a problem with how Facebook for BlackBerry presented images and profiles on my BlackBerry phone. With social scope things never looked so good. I actually want to view my friends photos and profiles, something i never did before on my mobile phone.

Yes SocialScope allows you to add more than one twitter account, your alter ego wont be left behind.

Social Scope also offers url expansion and you can create new tabs for easy access to your favorite friend or profile links.

Its no iPhone but it does a pretty good job of pulling you away from your desktop and keeping you on the go. Hopefully you wont have to wait the 10 months I did for your invite. To show how much I love this app I am going to dedicate my left convenience key for its use.

SocialScope is also available for the iPhone and T-Mobile G1 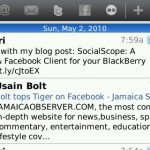 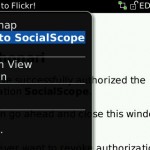 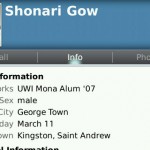 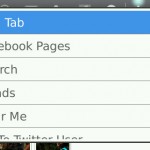 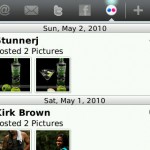 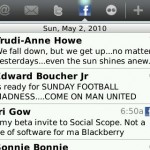 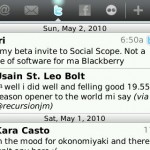 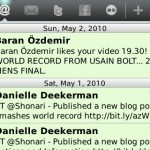